With 62,000 strokes annually in Canada, the public often underestimates the impact of stroke. In Canada, 400,000 stroke survivors deal with disability caused by stroke, and stroke is becoming increasingly more common in young people. The need for better care is at an all-time high.

Calgary has embraced this need for better care since 1995 through the founding of the Stroke Prevention Clinic. In 1996, Calgary became the first Canadian jurisdiction to provide clot-busting treatment. The success of the Clinic inspired the team to seek a greater partnership with the Foothills Hospital and the Heart and Stroke Foundation to build the care protocol into something more than the outpatient clinic. 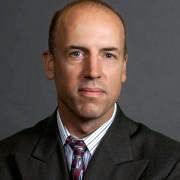 The result is the Calgary Stroke Program which acts as an integrated treatment, research and training group dedicated to reducing “the impact of stroke by building upon the skills of an interdisciplinary team; working diligently for the advancement of stroke knowledge, research, education and patient-centered care,” according to their website.

The ability to fuel research and treatment under the same banner is what makes the Calgary Stroke Program unique. “I’ve seen how other people are set up and we are in an advantageous position right now. It’s really cool,” says Dr. Michael Hill, leader of the clinical trials side of the Program.

“We’ve got this mix right between academia and clinical, so that’s obviously an Alberta structure,” says Dr. Andrew Demchuk, director of the stroke program. “It’s not the same elsewhere in Canada and even other areas of the world. The mix is not the same.” This collaboration has made Alberta a leader in stroke research and treatment, which has resulted in the development of the widely successful ESCAPE trial.

Rather than focusing on stroke as a whole, the ESCAPE program tackles the most damaging form of stroke: major acute ischemic stroke. This particular type of “big” stroke accounts for 10 to 20 per cent of stroke patients, but it has the largest impact on patients in terms of leaving them immobile and increasing their risk of complications, including death.

The ESCAPE program revolutionizes stroke care and improves patient results. The program is founded upon three core principles: a good team that works well together at speed, effective use of imaging technology and efficiency in treatment to open blocked arteries.

A combination of teamwork, speed and technology is essential to quickly opening up the arteries in the brain, Dr. Hill explains. “That resulted in a dramatic improvement in overall outcomes.” Dr. Hill says it is important to stay focused on major ischemic stroke, because with more paralysis comes more complications, and the result of those complications are a significant reduction in life expectancy.

Dr. Hill says the trial would not have been possible without the support of the community – such as the Foothills Hospital Home Lottery which supported the development of the Stroke Unit in 2001, the Alberta Heritage Fund which supported both the researchers and trial itself through a major program grant, and individual supporters of neuroscience in Calgary – that supported the trial from the beginning. “Even though each individual cog has played a sectional role, the actual cumulative effect has been something that is equal, if not more, to the sum of the parts,” Dr. Hill says. “[The community funders] should know what they have done, and that it is very positive, a really good thing.”

The trial leveraged relationships around the world, uniting teams in 22 hospitals across the globe. Dr. Hill says the team’s success has been demonstrated by using a special stent to remove blood clots from arteries in the brain. This creates greater blood flow throughout the brain, which reduces complications after the stroke.

One memorable moment from the trial for Dr. Hill involved the team at the University of Alberta Hospital in Edmonton and a patient in Grande Prairie. “She had an acute stroke, and that’s a five-hour drive from Edmonton,” Dr. Hill says. “They flew her down to Edmonton, she was enrolled in the trial, and received successful endovascular treatment – but many hours from stroke onset.”

“She had the appropriate anatomy,” Dr. Hill continues. “And despite the late timing she did very well and went home back to her kids and family. While that might not always be the case, it means it’s possible to have success even in late time windows.” Dr. Hill says saving lives is an important aspect of the project, but reducing the impact of stroke has other benefits as well.

A more organized implementation of treatment across the province will reduce the load on care facilities and hospitals, and it will also benefit the economy, as younger people will have a better opportunity to return to the work force. Dr. Demchuk notes that with support from Alberta Innovates Health Solutions and other government agencies, and Alberta Health Services through the Cardiovascular and Stroke Strategic Clinical Network, the Calgary Stroke Team is working to implement this new treatment paradigm.

“We think the best way to work to keep expertise together is to bring the patient to the right place,” Dr. Hill says. “It’s actually better to bring the patient to where the service is. We’ve already been engaged with talking to STARS and to the provincial EMS, to talk about how, where and when we transfer acute stroke patients.”