Calgary-based Robots and Pencils Inc. is taking Alberta developers to a new level. Since launching in 2009, the company has created more than 250 apps used by 77 million people worldwide, and has been the developers behind apps created for high profile brands such as WestJet, O2 and Census.

Of course, the company’s achievements have not gone unnoticed. Robots and Pencils has received awards from Ernst and Young, The Digi Awards, The Webby Awards and The W3 Awards. But as CEO Michael Sikorsky explains, the success doesn’t stop there.

“I think I realized we were doing something really amazing when we ranked 34th on Deloitte’s list of the fastest growing technology companies in North America, thanks to a growth rate of 4971% over the previous five years.” 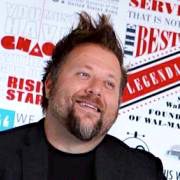 When building Robots and Pencils, Sikorsky was focused on a building a team of the most talented people, and in doing so, he had to look outside of the traditional funding model because many of the decisions the company makes are counterintuitive to investors.

“Investors want to see the biggest return on their investment, so when you solve for investors, your decisions aren’t always the best for the team,” Sikorsky says. “Our goal is to create a company with the best team, so our strategy is focused on making the internal talent the happiest.”

One way the Robots and Pencils achieves this is by following the talent.

Rather than commanding the employees from the top, Sikorsky says he inverted the pyramid model and acts as a support structure for the team. When they need his assistance, he’s there to help with the tools to solve any issues. For the most part, everyone works together organically.

“I don’t necessarily see myself as a leader, but more of an air traffic controller,” Sikorsky says. “I act as a sequencer at Robots and Pencils, and I make sure the planes don’t collide. You can’t have two planes land on the same runway. Similarly, we can’t have two products launch on the same day.”

Sikorsky’s stance on leadership is paramount to creating a unique culture that helps define the Robots and Pencils brand.

Sikorsky says the work the team is accomplishing is often ground-breaking, so he tries to keep the team in flow state as much as possible. Likening the business to a boat, Sikorsky says it is important for employees to work without any distraction.

“Imagine rowing around the clock, but on Thursday the team has to stop and sit in meetings all day. Rather than concentrating on the meeting, they keep thinking about going back to rowing to push the boat forward,” Sikorsky says. “It seems counterproductive, so I don’t expect that of the team.”

Sikorsky also says he gives the team freedom to take risks to accomplish their objectives, and the end result is the development of technology that has a benefit to future generations.

“Today more people have access to technology than they have access to basic medicine. If we were to take two farmers in Africa and give one of them a smartphone, the one with the phone will always be more prepared for the future,” says Sikorsky. “It’s exciting to think what kind of impact our work here will have on a world scale.”