Allan Chegus is the president and CEO of 2015 Stream Systems Ltd., which won the 2016 Outstanding Science and Technology Start-up Award. Stream Systems’ technology identifies and solves optimization issues by replacing expensive custom models with a business solution that can be created five to ten times faster than the models.

Our world is a series of systems 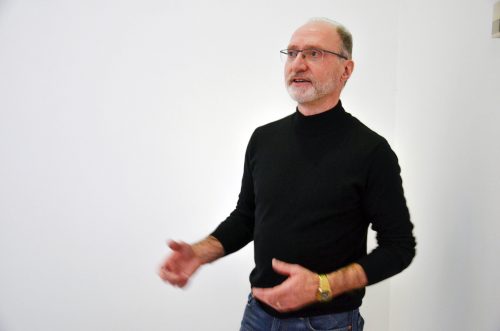 Back in the ‘80s when I started working in oil and gas, it was very rudimentary.  PCs were just coming in, it was simple stuff.  Data was scattered and incomplete.  I did a lot of operational engineering work, and I got into controls engineering and control systems.  We started looking at the logic behind how the systems worked.  And I got really interested; this is very cool stuff!

I became a consultant later in my career and soon realized that organizations weren’t thinking about or solving problems in a holistic way. Decisions were siloed within groups or departments, rather than with the understanding of how it would impact the organization as a whole. I realized that what was needed was the application of systems thinking to understand operational networks differently. And, this needed to be done in a way that facilitated experimentation to arrive at the best outcome.

What I imagined was a creative tool that enabled the user to see how operational decisions impacted networks as a system, but that also allowed them to experiment with new ways of operating. The technology couldn’t support the ideas yet, but we could conceive it, understand it and think about how it might work.

Today, the tool and technology have reached convergence with the need because we have so much capacity and speed.  So now it’s limited by our creativity.  How do we put the algorithms and the software together to replicate the real world?

This is why modelling is so important. The technology at Stream Systems takes our collective experiences and puts it together with algorithms and systems that make sense. It’s a single model for finance, operational, environmental, human behaviour, business rules and quality information.  Then you throw scenarios at it to understand if we run this scenario, how does it impact the entire organization?

As the world gets more connected and more complex, we need tools to help us understand what is even possible. As humans, we need to understand how to deal with that complexity.  Our brains are wired for pattern recognition, not data crunching.

Our world is a series of systems. Systems thinking is becoming more prevalent, and it’s driven through our education system.  At engineering school, I learned to decompose the problem, get it down to its elements, and solve those problems.  The assumption was when you add it all up again, it solves all the problems, but I realized it didn’t. I know if we shift technology to a systems-based approach, then each system is impacting part of the bigger picture.

Since we started Stream Systems, my world has completely changed.  As an entrepreneur, I am consumed by my work; it becomes everything you are and everything you do.  It’s also opened my eyes to what’s really possible. I look back on the concept now and it was so limited. Now I see it’s only limited by imagination.  We are now solving problems with Stream that industries have grappled with for decades, and we are solving them on almost a weekly basis.  That’s how revolutionary this is.

I’m trying to get people to understand anything is possible, but the biggest challenge is disbelief.  Change is difficult.

When we started Stream, it was about changing oil and gas, and then we realized it was about transforming human thinking. Very philosophical, but not very practical.  So, we said let’s create software to show people how this can be applied. That lead us into mining, mass transit, the power grid and hard-to-decipher government policies.  These are all examples of systems thinking.

So here we are in Calgary, with our little company, 18-20 people.  We do expect to scale up quite quickly, and we expect to go far beyond Calgary. It’s all based on ‘Let’s take this philosophy to the world, and help the world be a better place.’ Sometimes it doesn’t go as fast as you’d like.  The real world meets your desire with limited resources.

If you think you’ve got a better idea, pursue it. As Canadians, we don’t have enough entrepreneurs. We have smart people and the physical resources, so what is holding us back? It’s our willingness to take risks, to be the first.  That’s what we should believe as a Canadian culture. Take a leap of faith.

Kim Sturgess won the 2015 Outstanding Contribution to Alberta Science and Technology Community Award for her work as CEO of Alberta WaterSMART. Through the company’s projects, she makes it her business to know how to effectively manage water across a wide range of scenarios.

Water knows no boundaries or politics 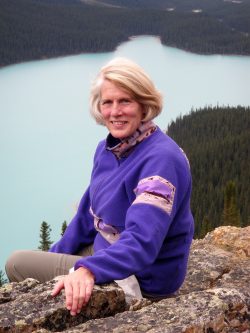 Always default to curiosity. Water is one of the most fascinating and mysterious molecules in the universe, not to mention being essential to life here on earth.

People in the water industry usually have a passion for spending time by lakes and rivers and oceans. I grew up beside lakes and moved to PEI, living beside the ocean. Today I’m near Alberta’s majestic rivers, lakes and glaciers. This will be my 27th year camping beside the mighty Athabasca River for our summer vacation, and water is a big part of my life.

I’ve always spent time wondering, and I’ve always been interested in the environmental side of business and engineering. How we view water in a sustainable economy became a passion, as did bringing environmental and business challenges together and managing them as one.

I look at myself as a simplifier. At WaterSMART Solutions we like everyone to understand. We create and share tools to enable constructive conversations to take place. Some of our most important work is getting people on the same page, through a shared understanding, rather than arguing facts. This is when you can build a constructive conversation, where people truly share differences on issues, be it through values or perspectives or knowledge, and that’s what I like most about what we do. We take positional conversations about water and make them collaborative.

It’s also incredibly fun to go to work every day and do something you’re passionate about. One of the biggest things for me is the WaterSMART team’s passion for what they do. That’s a real joy.

People have different attitudes and needs when it comes to water, but water knows no boundaries or politics. Nor can a silver bullet solve all its challenges everywhere. This is why water is so perfect for curious people; it’s always on the move and always challenging you to find answers.