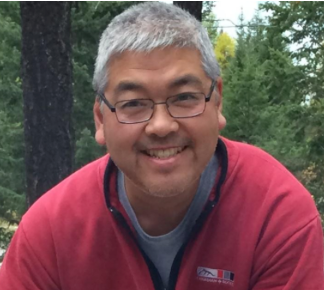 Large-scale  carbon capture (CC) demonstrations are based on solvents that chemically bond carbon dioxide, so-called amine scrubbing. It has not proven to be a solution, mainly because of degradation of the amine groups and loss of CO2 capturing ability. This means the amine solution needs to be constantly replenished, which adds unsustainable cost. An ideal CO2 sorbent would be highly stable, easy to regenerate, and able to be made in tonne-scale at a good price. Virtually all classes of porous solid have been studied for decades, and no solid has been deployed as an effective CO2 capture sorbent.

Dr. Shimizu has discovered and, with academic and industry partners, de-risked the most promising solid for CC in the 10-50% range, broadly applicable for capture from cement, steel and chemical reforming industrial gas streams. The material is the subject of two patents (one for composition, the other: synthesis) and the compositional patent has been granted in Canada, the USA, Japan, China, Australia, Korea, and the EU.

CALF20 was initially made in 100 milligram quantities, resembling powdered chalk.

CALF20’s attractive feature is its affinity for CO2 over water despite a simple physical capture mechanism. Essentially, CO2 condenses in the solid before water, even though CO2 boils at -57°C. This ability to physically sorb CO2 in wet gas, while critical, does not alone make for commercial industrial gas separations. Beyond this unique CO2 sorption capability, CALF20 has shown unprecedented stability. It has retained CO2 capacity after 500,000 steam and drying cycles as well as after weeks of direct treatment with real flue gas.

The compositional patent included a high-pressure and high-temperature synthesis. When it was realized the needed conditions made scaling a challenge, the Shimizu group developed a new synthesis that worked at room temperature and pressure, a method patented in 2018, and scaled from 100 mg to 2.5 kg. It has since been scaled to 450-kilogram batches.

To achieve environmental impact, a critical aspect of CALF20, beyond its capture performance, is that it can be made in near tonne-scale quantities from affordable commodity chemicals. Its performance is meriting unprecedented scales of demonstration.

“Prof. Shimizu has demonstrated exceptional research contribution of significance to the Alberta energy industry and worldwide cement, blue hydrogen and energy industries by providing a viable solution for the fight against climate change and for the transition to a net zero emission world. The durability and scalability of CALF-20 have given confidence in much larger projects.”