2021 Winner: Innovator of the Year sponsored by Bennett Jones LLP 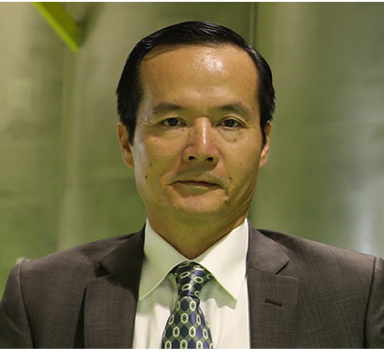 Dr. Jianhua Zhu had a dream to replace sugar

Scientist Dr. Jianhua Zhu, raised in China a family of four MDs, began his ‘innovative’ journey three decades ago as a newly minted PhD who was made a professor and soon was appointed a faculty vice dean of 300 chemistry professors. Dr. Zhu had a dream in 1989 of developing a technology to improve public health by developing and commercializing healthy new food and beverage products by replacing sugar. He assembled a science team and began research which he continued at universities in two other countries ending up as a visiting fellow at the University of Alberta.

Patented technology led to the development of VitaFiber

His lifelong ambition led to a patented technology that enabled him to develop VitaFiber, a natural, low calorie plant-based alternative sweetener to replace sugar, which as both a prebiotic and a dietary fiber contributes to a solution to two global health problems: weight management and gut health. He took pea or tapioca starch and converted it into a healthy syrup, which is used in healthy protein bars, ice cream, yogurt, beverages and confectionaries on four continents.

The Edmonton Journal described him as an academic superstar. Canada’s leading biotech magazine called BioNeutra, the Alberta company he founded, an industry model. In 2020, the Financial Times ranked it one of the fastest growing in the Americas along with Tesla, Netflix and Uber. His native country honored him in a 1,000-page book dedicated to innovative expat leaders.

Dr. Zhu has been inspired to help other scientists innovate, so he donated $1.5 million to the University of Alberta for a pilot plant for other entrepreneurs to put their business ideas to the test.

“Determination pays off and I have tons of it. I don’t give up!”