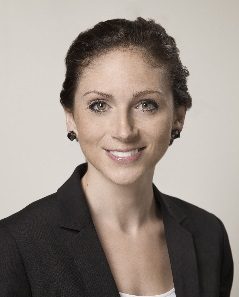 Dr. Everett has continued to dedicate herself to improving the lives of diabetics.

When we last spoke to Dr. Everett in 2013, she was earning her MBA. She has now completed her degree, which helps her run the business more effectively. In November 2014 Orpyx launched their first product, the SurroSense RxTM System, which helps those with diabetic neuropathy track their foot health more effectively, preventing foot ulcers.

How did you discover that plastic and reconstructive surgery is your passion?

I had not considered plastic surgery until I had done an elective block in the specialty and realized there were so many aspects that really resonated with me. I’ve always towed the line between science and art and it was one specialty where you could marry those two seemingly disparate areas. I could see hints in other surgical specialties, but plastics was just so artistic; you are always trying to balance form and function. The focus on that was just so strong and the creativity that goes into different procedures was so different from other surgical specialties that it just felt right.

What would you describe as your main inspiration?

My tendency has been to identify pain points in the real world and one of those pain points really hit me hard. I think a lot has to do with the human element to problems. It’s not about the numbers on paper about how many people have diabetes or diabetic neuropathy, or what economic burden that has on the health system. What really resonates with me and what inspired me was seeing patients affected by the condition and who ultimately end up having to deal with multiple wound complications and potentially amputation and in some cases death. That’s what inspires me; seeing that human aspect.

Starting your company, were there any specific people or organizations that helped you on your way?

Early on I was very fortunate to have the undying support of family and friends in pursuing this unlikely path. I have some very powerful mentors in the medical and surgical space. Dr. Duncan Nickerson and Dr. Bob Bray were among the co-founders of the company. They were fully supportive in going ahead [with my plans] and really did whatever they could to ensure that Orpyx and I had the resources to get this thing going.

Did you access any government grants or mentorship programs?

We went through the Medical Device Registration program with Alberta Innovates Technology Futures to establish our [quality control] program and we have had a lot of support from the National Research Council’s Industrial Research Assistance Program. We are currently receiving funding through the Western Economic Diversification WINN program. We have received funding for studies from AITF and their product development program. Currently we are funded for some of our international research through Diabetes UK.

When starting the company what were some notable challenges?

The challenges we have change over time. A lot of that comes down to the fact that we now have a team of twelve. When we first started there were two people trying to do everything. Over time we started to get more people which meant more human resources to execute on the vision, and also more experience. Some of the things we found difficult early on become less difficult over time as we gain more experience. For example, medical device regulation was quite challenging in the beginning when we had no experience, but over the past several years that problem pales in comparison to the challenge of getting reimbursement for the SurroSense RxTM system. What we’ve done to try to mitigate that is to bring on expertise and learn what we can to solve the issues we have at hand. It would be naive to think that at any point we’d be challenge free.

What advantages does having an MBA on top of a medical degree afford you?

It really provides an appreciation of business that you don’t get going through medical training. A lot of what I learned in business has been through the company and actually doing it. The benefit of doing the MBA was getting structured didactic training in a shortened time period. I was able to know what was out there from a business perspective to expedite that training and then I was able to take those teachings and apply them back to the company. The largest benefit from the MBA was studying business while being able to apply those concepts to real life in real time.

What advice would you give to people in the early stages of developing their own start-ups?

The biggest thing is to stick with it and make sure you are surrounded by a number of different supports. External supports for your own mental health, but also internally making sure you aren’t doing it alone. With any start-up there are ups and down… When things seem dire, there is light at the end of the tunnel. You just have to stick with it in the low times knowing that the end game is potentially so high.